2013 was a big year for Simcoe. This pup didn’t just have extraordinarily large paws to grow into (honestly, the dog is monster-sized - We blame the hop-rich diet), he also had to take over the important mantle of Bracken.

Highlights included learning how to drive the forklift truck, wearing fancy dress and undertaking burger quality control for all BBQs.

Simcoe – you’ve done us proud buddy! We know you’re doing your best not to wreck the place…explaining to delivery drivers that chew marks are courtesy of an out of control labrador dressed as a bumblebee is becoming kind of awkward.

Anyway, we know you have loads of awesome things up those flaxen haired sleeves as you look into your crystal ball. So what’s really in store for 2014… 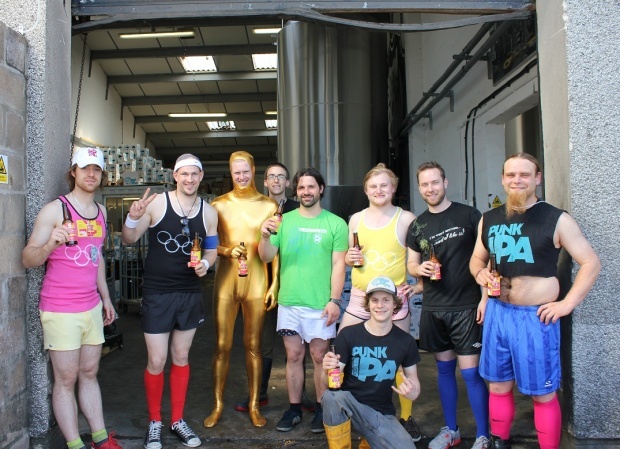 When it comes to the Olympics, we like to think we’ve dabbled. From brewing the mighty, mighty Never Mind The Anabolics! to wearing super short shorts, it’s clear we’re ready to compete at an Olympic level. Earlier this month we received a telegram from Moscow personally inviting the ‘People’s Republic of BrewDog’ to enter the 2014 Russian Winter Olympics. Yes, we may need to hone our physiques but when it comes to sub-zero brewing, the competitive sport of ice luge and anything to do with penguins, we’re going for gold. 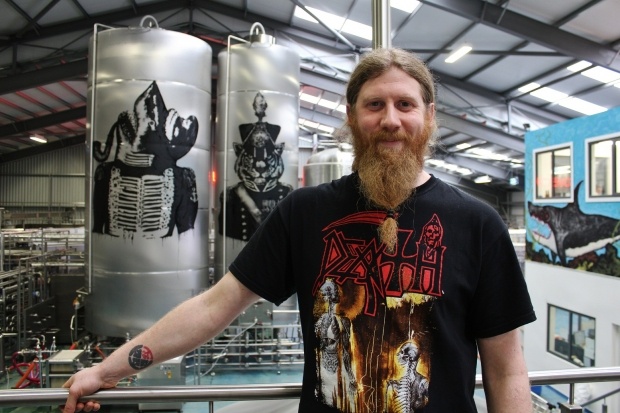 You may have noticed that the faces of our brew team and bar staff are becoming increasingly covered in hair. And by hair, we mean beards. First it was just a rogue few like Franzie and Bowman…now it’s turned into something of a beard-based epidemic. In the spirit of ‘if you can’t shave them, join em’, we’ve decided to make beards compulsory uniform for all BrewDog staff; which includes dogs and women. In a North Korea-style twist, staff will choose from a preapproved list of beard styles including the chin muffler, the flapwings, the soup saver and the dangle swaggles. 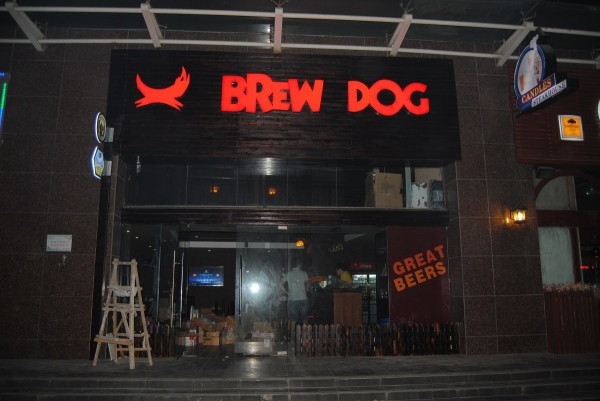 Counterfeit culture doesn’t just strike once; or so we’re about to learn in 2014. Following the meteoric success of (fake) BrewDog China, it would seem TV producers at the \'Enquire Network\' were also keen to tap into craft beer through the arrival of a (fake) Brew Dogs. Complete with counterfeit Martin and James, the show tracks the pair’s endeavours to brew the most caffeinated beer ever brewed, the world’s first vaporised beer as well as a solar-powered, cactus-infused, meat pale ale. Strangely, strangely similar to the episodes in the real Brew Dogs TV show. 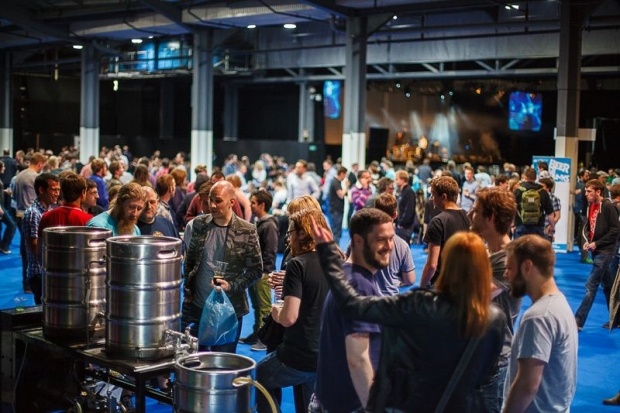 When we crowd funded £4.25million in December with Equity for Punks III, we broke a record which makes you – our awesome Equity for Punks – record breakers, fact! But who’s to say we should stop there? With 12,000+ people invested, there’s never been a better time to break some really important world records. We’re talking the world record for the longest chain of human dominoes (currently held by 10,267 people in Beijing), or the world’s biggest snowball fight (currently held by 5,834 people in Seattle) or even the largest gathering of people dressed as Star Trek characters (currently held by 1,063 people in London). This could get interesting… 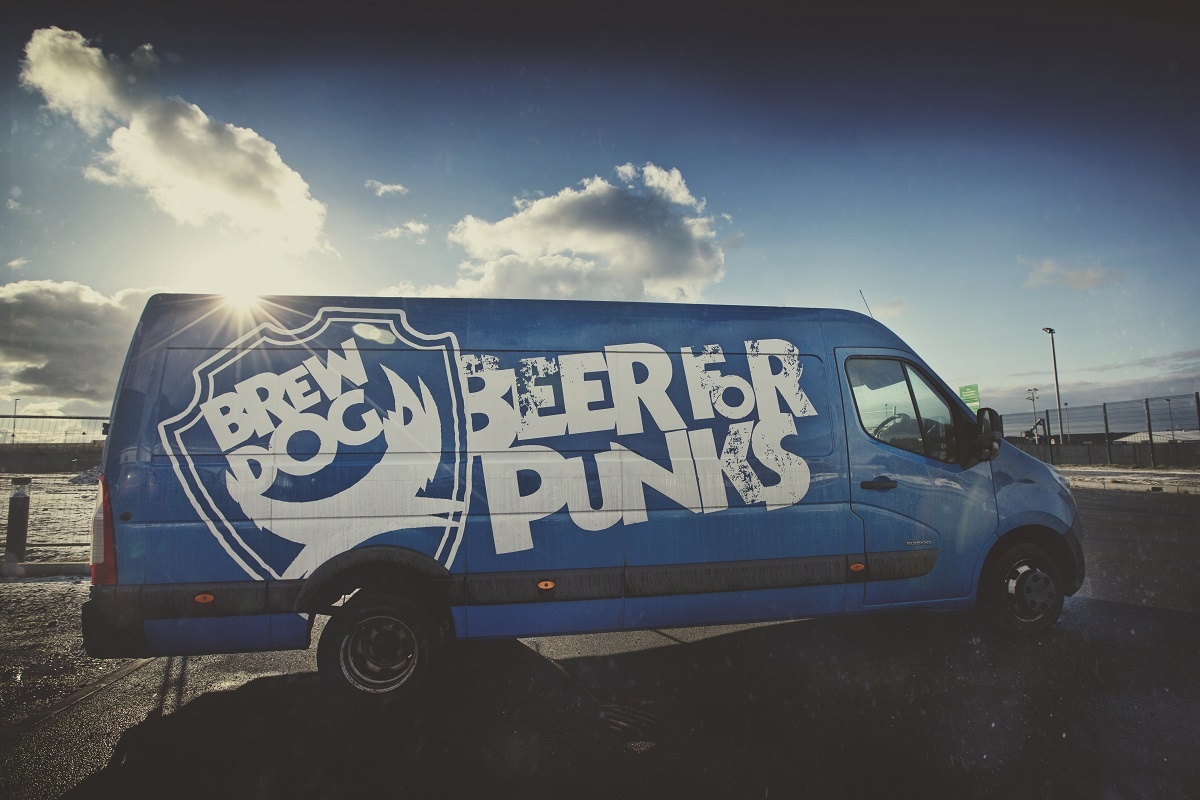 Although we've been talking about offices and warehousing, the new unit we're building will actually house a small strike force of shapeshifting mechanoid vehicles, who are here to help craft brewers in their quest to bring great beer to the people of Earth. Led by the noble Hoptimus Prime, this raggle-taggle band of Maltobots will lead the battle against the Adjuncticons, using our advanced Hop Cannon weaponry, and propaganda in the form of a series of easily broken toys.

6) Martin to train a shiver of sharks as brewing apprentices 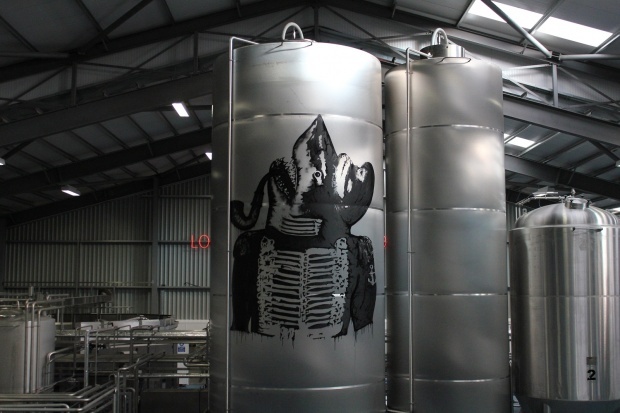 We like sharks, a lot. For too long, mankind has ignored the awesomeness of sharks in favour of dolphins who – let’s face it – really only have one key skill: perpetual smugness. In a bid to end the tyranny of the dolphin, BrewDog is set to open our first ‘underwater brewery’; piloted entirely by a shiver of apprentice brewing sharks. A shiver is the collective term for a group of sharks…remember that for your next pub quiz.

Let us know what your predictions are for 2014 in the comments box below!